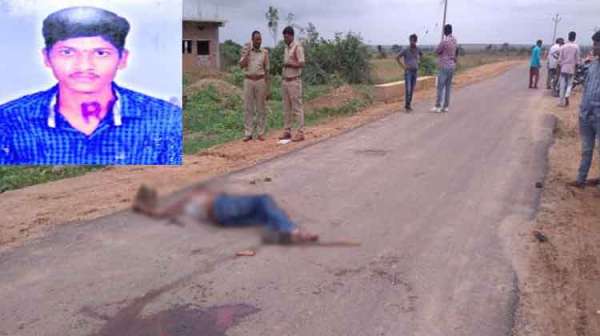 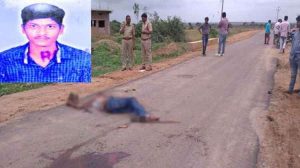 Adilabad: A 26-year-old man brutally killed in broad daylight in Kagaznagar of the district over extra-marital affair.

According to Kagaznagar CI Venkateshwar, the victim G. Mahesh, a native of Ramagundam befriended Krishna of Vanjari village five years ago at the Devapur Orient Cement factory. Krishna who suspected Mahesh of having an illicit affair with his wife hatched a plan to kill him. While returning home from office, the duo consumed alcohol at Vanjari village and headed towards their home.

When they reached TR Nagar, Krishna stabbed Mahesh on the road and to confirm if he was dead the accused stabbed him several times till he died and also disfigured the victim’s face. Based on a complaint lodged by the deceased father Narayana, the police registered a murder case and launched a hunt to nab the accused who is absconding.