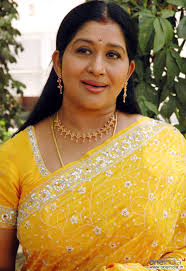 Speaking to the media here today, Kavita said she did not get proper respect in the TDP. The actress came to the BJP State party office where core committee meeting was being held. She joined that party in the presence of State party chief Haribabu and others. BJP leader and former Union minister D Purandeshwari was also present.

Kavita said  she never thought of leaving the TDP under any circumstances. She alleged that some leaders within the ruling party conspired against her indirectly forced her to leave the party. “I worked selflessly for the party right from the formation of the TDP floated by late N T Rama Rao. But now, I am not getting proper respect in the party”, she claimed.

Kavita said she was attracted to the developmental works welfare programs like Beti bachao, Beti padavo” initiated by Prime Minister Narendra Modi and decided to join the BJP.

Speaking on the occasion, Haribabu said more leaders are likely to join the in BJP. He called upon the people to join the BJP and strengthen it for over all development of the country.