google-site-verification=oa7ebK-QKiSPCvxPx2UBppJir9nAxs1BKixIBTtNDbY
Breaking News
Home / About Us

Press Media of India is a Hyderabad based multi lingual news agency that captures and presents daily important Political, Criminal, social and Geo-political happenings that influences people’s lives in India and around the world. PMI is always at the forefront of sensational real-time breaking news and high impact global events. PMI is constantly in strife for the excellence in presenting unbiased, fair, and transparent happenings of important events as they happen round the clock.

MISSION:- To break the news story as and when it happens and cover all the evolving stages in that story and present it without any bias, prejudice and undue influence to the to the people of India and abroad .

VISION:- Our vision is to be one of the most trusted, widely watched and followed news agency that passes on knowledge and values to the society that we live in, in an unbiased manner.

VALUE PRINCIPLE:- PMI is a resolute upholder of elements of trust and it preserves journalistic principles which include Independence of press, Integrity and free from bias News , promotion of propaganda. Our sole motive is publication of reliable and objective Media content to our viewers.

PMI Copyright /Disclaimer:- PMI is an independent News Agency the contents appearing on the site should not be taken as endorsement. 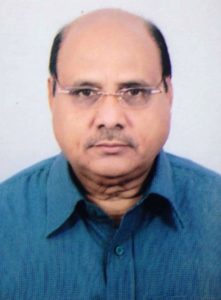 EDITOR IN CHIEF:- PMI was founded by Syed Najaf Ali Shoukat one of the most eminent journalist who started his career as a reporter for a reputed Indian news agency in the year 1980. Since then he worked on different Media platforms, and over the past decade, he rendered his expertise in journalism to Regional, National, and International News Agencies. His work on journalism has been applauded and appreciated by various sections in society as many of his reporting’s have been hailed as ground breaking in the field of journalism. Syed Najaf Ali Shoukat has strong bedrock standing among the journalistic community in Hyderabad and India.

He started the PMI in 1996 as a Media Proposition to cover social dimensions and to become voice of voiceless people because in many cases ordinary people are denied social justice until there voice resonates in a society through a reliable Media platforms. Other aspect was to educate and inform the masses about the Political, Criminal, Cultural, Social, and Geo-political happenings that take place in India and around the world.

Journalism is the key of driving engine that keeps Democracy moving.