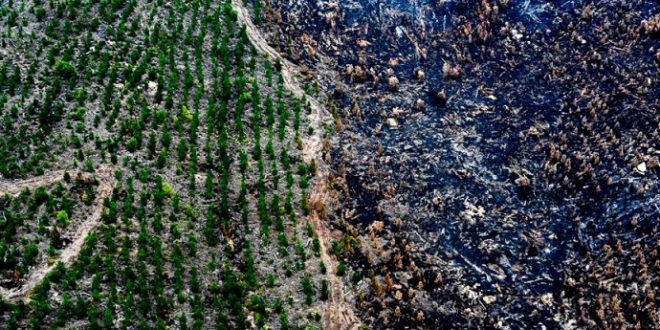 MELBOURNE/ SYDNEY: In the New South Wales Southern Highlands, about 100km south-west of Sydney, no matter what the season, there has always been one constant: green but not anymore.

The Australian Broadcasting Corporation (ABC) News was this week given access to an RFS helicopter for a flyover of the region, which has been decimated by the massive Green Wattle Creek and Morton fires.

As the smoke gradually lifts after weeks of relentless bushfires, the scope of the destruction is emerging.

With it, new colours — colours not usually seen on a grand scale in the Australian bush  are now commonplace.

This area, just east of Wingello, has been nicknamed “Ground Zero” by firefighters.

The dark blues and charcoal look like an abstract painting, not the bush we’re used to.

Usually, the only vivid colours in the Australian bush come from glimpses of birds darting through the tree line, or sprouts of native flora. But this year, a new colour has become a regular in the Australian landscape, the red-pink colour of fire retardant.

RFS Southern Highlands Group Captain Andrew Beville was in the air with the ABC during the flyover.

Assessing this summer’s bushfire crisis from above has given Beville a unique perspective. For him, there’s only one way to describe it.

“I’ve been doing this for 31 years and I’ve never seen bushland where the trees have become sticks.

“Not on this scale, never, not even a little critter could survive that.

“I’ve grown up in the bush and when you see there’s nothing left in those places it leaves you wondering, you know, how does an ecosystem recover from this?”

Beville’s alarm goes off every day at 5:00am.

His wife fixes him a coffee and he tries not to wake up his young children in the house before he heads off for the day.

A stonemason by trade from the Southern Highlands town of Colo Vale, he’s lived in the area most of his life.

But for the past six weeks, he’s not thought about work. It’s been hard to even think about family. He’s had one thing on his mind.

“Your mind gets switched off from family life and work life,” Beville told the ABC. “You pretty much only think about the next five days in front of you.

“The fires, where they’re moving, what’s next.

“You’re focused on protecting the community, that’s it.”

Since the start of summer — similar to thousands of volunteer firefighters across the country — Beville, like a superhero, has taken on another persona.

He’s what’s known as an air attack supervisor. The role sees him in a helicopter, for hours every day, coordinating the aerial firefighting helicopters.

“You’re the link,” he said. “The intelligence. You’re making sure you’re providing a safe environment for people on the ground and in the air.”

Friends of his have lost their homes. His other mates, like him, have given up their jobs to fight.

The recent rain has given the RFS force in the area a few days off — for some the first real days to catch their breath in months.

And for Beville, six weeks of 16-hour days has taken its toll.

“To be honest with ya mate, I’m just hanging on,” he said.

“You crawl into bed at midnight, and you’re back up again at 5:00am. It’s been tough. But I’m not alone, there’s thousands of us doing the same thing.”

He said there was one thing keeping him going.

“The appreciation of the community,” he said.