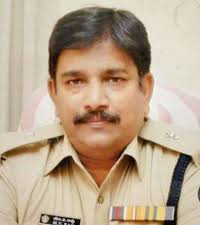 Hyderabad,  An eight-member inter-state attention diversion gang was nabbed today by the LB Nagar police here. The police also recovered Rs 4 lakh cash, four fake gold garlands weighing 10kg and four mobiles from them.
According to M. Venkateshwar Rao, Deputy Commissioner of Police (LB Nagar Zone), all the eight persons, including a woman, nabbed were natives of Gujarat and settled in Nagpur and other places in Maharashtra and had come to the city with their families. They committed three attention diversion cheating offences in the city under LB Nagar police limits.
The modus operandi of the gang was to befriend people from different walks of life, including RMPs, cloth shop owners, kirana merchants and so on. They used to tell the victims that while engaged in road digging works, they had stumbled upon a huge gold garland and show a genuine piece of gold saying it was from the garland and get the victim to test it with a goldsmith. Convinced that the garland was of gold, the victim would pay, and the gang, would hand over a fake gold garland and escape before the victim realized his folly.
The gangsters reportedly shuttled between Rajasthan, Gujarat, Maharastra, Telangana and Andhra Pradesh, the DCP said, adding that CCTV footage helped them in nabbing the criminals. The accused were identified as Mohan Kannaiah Lal Bagel, 56, a glass designer from Nagpur; Bappi Balchand Solanki, 29, a glass designer from Jabalpur, Ghouri Shuklal Chowan, 40, a garment vendor; Her husband Shuklal Laxman Chowan, 47, Vijay Kannaiah Solanki, 41, a flower vendor; Kishan Laxman Kashi, 30, Naran Suklal Chowan, 21, and Prabhu Mohan Lal Bhagel, 29, all from Nagpur.
The sleuths of L.B Nagar police station nabbed the gangsters while they were moving in suspicious circumstances on the Sagar Ring Road.
The arrests were made under the supervision of the DCP and K. Pruthvidhar Rao, ACP by N. Pravinder Rao, DI, P. Kasi Reddy SHO and B. Raju Additional Inspector, T. Avinash Babu DSI, Y. LaxmiNarayana DSI, Ravinder ASI HC M. Venkateshwarlu and constables A.S. Bose, A.Shiv Raj, P. Yellaiah, woman constable Yellamma, MP Srinivas Rao of L.B Nagar.
The DCP appealed to citizens to beware of such strange persons, who try to cheat them by diverting their attention by showing fake gold.