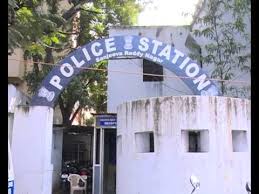 Hyderabad,  The Rajendra Nagar police today busted an eight-member gang, which was supplying drugs to Hyderabad from Kadapa. Police said the gangsters belong to Kadapa and Anantapur districts. The police seized GHB drug worth Rs 20 lakh from their possession.
Speaking to the media, Shamshabad DCP Padmaja said Dasari Babu from Ellanuru of Anantapur district was the main culprit. Babu was facing several cases like throwing bombs against Opposition leaders in Tadipatri, red-sanders smuggling in Kadapa, exchange of demonetized currency notes and a theft case.
She said Dasari Babu, who used to supply drugs to Bengaluru has been supplying drugs to some clubs in Hyderabad. She said they have arrested the gang members on a tip-off. She said they were interrogating the accused thoroughly to find out brain behind the crime.

26-02-2021 DAMASCUS/ WASHINGTON: The United States military says it carried out attacks on facilities in …