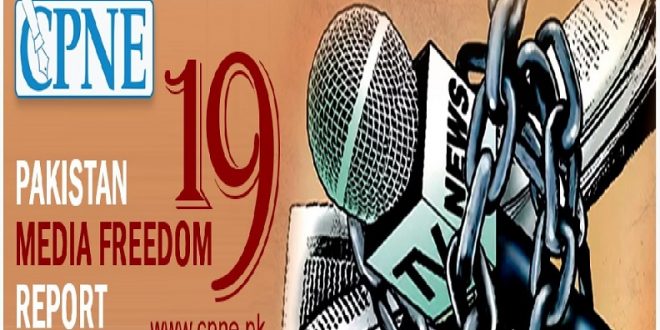 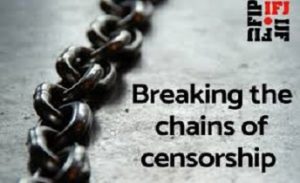 KARACHI: Though the Article 19 of the constitution of Pakistan and Universal Declaration of Human Rights (UDHR) guarantee freedom of expression and free media but media in Pakistan continued to be in chains or under strict form of physical intimidation like killings and self-censorship regime during 2019 like preceding years.

Despite the fact that there is a specific law on defamation but the government and other actors used Anti-Terrorism Act (ATA), Prevention of Electronic Crimes Act (PECA) and Pakistan Penal Code’s (criminalization) sections against media practitioners in Pakistan. At-least 60 journalists were booked under Anti Terrorism Act 1997 in 35 cases which included 50 journalists from Sindh province alone. 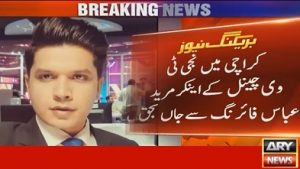 It is revealed by the Council of Pakistan Newspaper Editors (CPNE) in its Pakistan Media Freedom Report 2019 issued here on Sunday. It has compilation of cases, number of victims and sequence of events made mockery of freedom of media and freedom of speech in the country. Reports also contained recommendations by Arif Nizami, President CPNE.

First ever conviction for possession of banned material was also made. Chaudhry Nasrullah, member Karachi Press Club was convicted for five years imprisonment with fine on allegations of possessing banned material by Anti-Terrorism Court in Karachi.

According to available data at-least seven journalists reportedly were murdered during the year 2019 while reports suggest at-least 15 journalists were injured {including this correspondent (SJA Jafri)} during attacks in the line of duty. 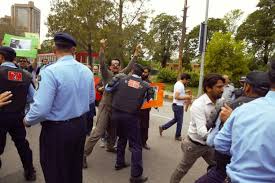 The mysterious and unidentified actors (‘unknown’) constituted the biggest threat to press freedom as it was in the previous year as well. The second biggest threats to the lives of journalists were non-state actors, outlawed terrorist and militant groups, who continued their attacks on journalists and media in previous year too, report mentioned.

The pathetic state of un-announced impunity for those who attack the media can be perceived from the fact that not a single killer or attacker of journalists and media persons was brought to justice.

Khyber Pakhtunkhwa while taking a lead introduced the first provincial law on Right to Information (RTI) followed by Punjab and Sindh respectively. The Federal Capital Islamabad adopted new legislation on RTI as well. However, in the province of Balochistan, RTI laws were remained a distant dream, report noted. 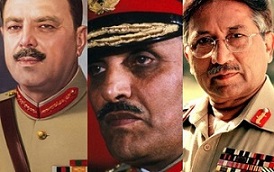 Pakistan Media Freedom Report 2019 further stated, it was claimed by government that cyber law- Prevention of Electronic Crimes Act (PECA) 2016 would deal with cyber-crimes and online harassment of women and, would not be used against journalists & media. But on the contrary the same law had been used against media freedom and freedom of expression in one way or other.

In an attempt what can be termed as a flagrant attempt to curb media freedom, the PTI government announced to form Special Tribunals (Media Courts) to tight its grip on media. But due to strong opposition by CPNE and other stake holders’ the government dropped the proposal. 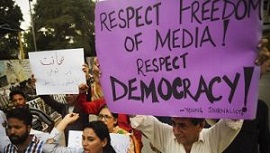 Press Information Department in a move to introduce advertisement policy by federal government shared a draft of the proposed policy with various stakeholders including CPNE. According to media professionals, the advertisements are being used as tool to restrict media freedom and keeping this in view CPNE shared its feedback on the policy.

According to World Press Freedom Index, Pakistan ranked 142 out of 180 (comparison) countries, which gives the indication of how media in Pakistan was under threat. On the other side extreme fear and self-censorship continued haunting media freedom and free expression in the country, report observed 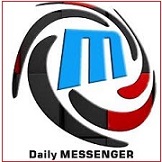 The mysterious and unidentified actors (‘unknown’) constituted the biggest threat to press freedom as was in the previous year as well. The other threat factor included members of political parties, religious groups and state authorities who allegedly had murdered/attacked journalists.

Due to its stories and content, Daily Dawn came under the severe attack as its offices were besieged by angry organized mobs in Islamabad and Karachi; while foul language was used against the Dawn management including its Chief Editor Zaffar Abbas, its lamented. 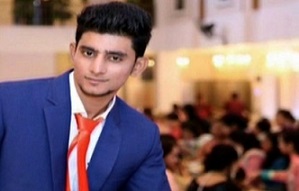 Discussing PEMRA role, CPNE reported that PEMRA not only issued notices to TV channels but barred some anchors from offering opinions on TV channels and talk shows. It was ordered not to discuss the issue pertaining release of PMLN leader Shahbaz Sharif on bail. While News Channels were directed not to cover live telecast of PMLN leader Maryam Nawaz’s press conference and issued notices to 21 news TV channels for non-compliance.

An interview of Asif Ali Zardari, former President of Pakistan and Co-Chairman of Pakistan Peoples Party with host Hamid Mir was stopped from being aired shortly after it started on Geo News in July 2019. 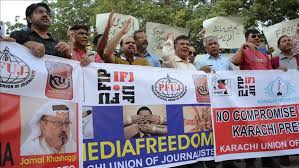 Geo News, 24 News, Abbtakk, Capital and DAWN News were taken off air due to coverage of Mualana Fazal-Ur-Rehman’s press conference on Azadi March. News channel 24 News was served notice on the complaint of the Prime Minister and PEMRA imposed a fine of Rs one million on the News Channel, it was quoted.

CPNE report further shared that by using Anti-Terror and other laws, at-least 60 journalists were booked under Anti Terrorism Act 1997 in 35 cases which included 50 journalists from Sindh province alone. Journalists were booked under allegations of “Bhatta Khori”, kidnapping for ransom, police encounters, attempted murder and blackmailing etc. Whereas the journalists, alleged that they were victimised owing to their fair reporting against the authorities. 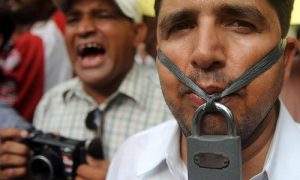 One journalist Ajeeb Lakho associated with a local newspaper was booked in 17 cases; while freelance journalist Mushtaq Sarki in Karachi was implicated in seven criminal cases allegedly due to social media stories posted by him.

According to reports, other journalist victims included Ashiq Jatoi, representing a TV channel was booked in kidnapping and police encounters cases including terrorist activities and attempted murder.

On July 30 last year Jotai and his five journalist friends – Rutam Indhar, Altaf Kalwar, Mubeen Indhar, Junaid Kalwar and Hazrat Gul Pathan — were attacked by a dozen unidentified people wearing masks. They were beaten brutally in front of hundreds of people before being taken away to an unknown place. 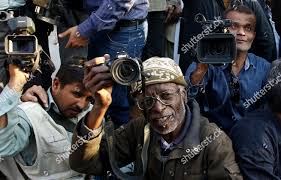 Cases were also registered against two other journalists Shair Samejo and Irshad Rutam. The 18-year son of Rutam Indhar, who visited the police station to inquire about the journalists, was also named in the same case registered on the complaint of one, Abdul Ghaffar Chachar, facts revealed.

According to Shahzada Zulfiqar, President Pakistan Federal Union of Journalists (PFUJ), they received around 60 to 70 complaints from journalists who were booked under ATA. He said that government was making a mockery of rule of law by registering fake cases against journalists. 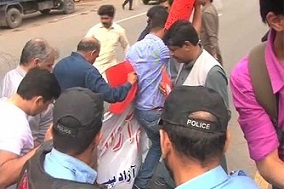 “Enacting safety policies, safety protocols and annual safety audits should be done in-house at media houses aimed at pre-empting and preventing risks, threats to their journalists, other staff and media houses. Resources should also be pooled for prosecution of crimes against journalists,” he further suggested. 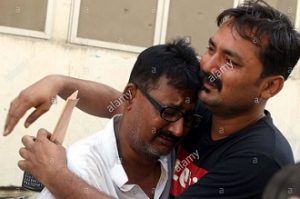 Decriminalizing dissent in the Prevention of  Electronic Crimes Act (PECA), including abolishing Section 11 (dealing with hate speech) and Section 20 (dealing with defamation) and Clause 37 (dealing with prerogative of Pakistan Telecommunications Authority to arbitrarily block websites) while vagueness around the phrases included in Section 9 (dealing with glorification of an offense) and Section 10 (dealing with cyber-crimes) should also be removed to prevent journalists from being targeted for their professional work. There should be a judicial probe of cases registered under ATA against journalists, CPNE recommended.