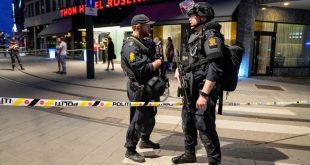 Jammu: As many as 47 Amarnath pilgrims lost their lives due to a terror attack, accidents and health reasons in a span of 18 days, an official said on Tuesday.
“Between June 29 and July 16, 19 pilgrims died due to medical reasons and 20 were killed in accidents. On July 10, eight pilgrims were killed in a terror attack on their bus,” said Umang Narula, the CEO of the Shri Amarnathji Shrine Board (SASB).
Till Tuesday, the board had spent Rs 14,66,975 on transportation and Rs 1,34,75,000 towards ex-gratia payments, he added.
Narula said a decision had been taken to enhance the amount of ex-gratia relief to the next of the kin of those killed in the terror attack in south Kashmir’s Anantnag district.
The CEO had earlier ensured that the cost of sending the mortal remains of the terror attack victims by air to their respective home towns was borne by the board.
In 37 cases, the board had also borne the cost of providing an escort with the coffin of the attack victim.
Sixteen pilgrims were killed on July 16 in a bus accident near Banihal, said Narula.
The mortal remains of the deceased, along with the escorting attendants, were sent to their respective home towns yesterday by Air India and Indigo flights.
Besides the attendants, who were selected from among the pilgrims, Jammu and Kashmir Police personnel had also been deputed to accompany the dead bodies, he added.
“The mortal remains of 12 yatris were transported by air to the nearest airports in Bihar, Rajasthan, Uttar Pradesh and Madhya Pradesh,” said the CEO.
The coffins of three pilgrims were transported in ambulances to Sikar (Rajasthan), Panipat (Haryana) and RS Pura (Jammu), he added.
The mortal remains of one female pilgrim, Chaya Devi, the wife of Vijay Chourasiya Singh and a native of Bihar, was kept in a mortuary at Jammu as her husband and son, both of whom had received injuries in the Ramsoo road accident, were still undergoing medical treatment at Jammu, said Narula.
Post Views: 175
Share
Previous PG Girl Student Caught Red-Handed Committing Theft On Bus
Next Government of Rajasthan Accepted The Demand For CBI Probe in Anandpal Singh Encounter

25-06-2022 TEHRAN: Iran on Friday dismissed as “ridiculous” allegations by Israel’s foreign minister while on …