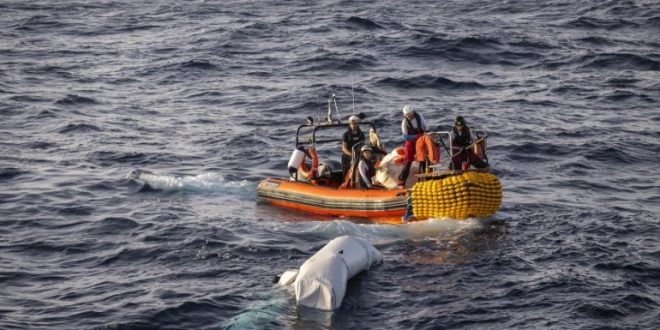 TRIPOLI/ DUBAI: At least 41 people drowned when their boat capsized in the Central Mediterranean, the latest shipwreck involving migrants and refugees fleeing conflict-stricken Libya and seeking a better life in Europe.

The United Nations migration and refugee agencies, IOM and UNHCR, said in a joint statement on Wednesday that the drowned people were among at least 120 migrants on a dinghy that left Libya on February 18.

According to testimonies gathered by the UNHCR, the dinghy started taking in water after about 15 hours at sea, and eight people died before a merchant vessel came to help.

“After about 15 hours the dinghy started to take in water and the persons on board tried in every way possible to call for help,” a joint statement by the IOM and UNHCR said.

“In those hours, six persons died after falling into the water, while two others tried to swim to a boat spotted in the distance and drowned. 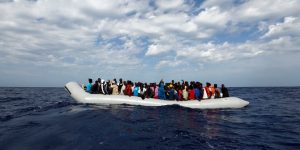 “After about three hours, the vessel Vos Triton approached the dinghy to carry out a rescue but in the difficult and delicate operation many persons lost their lives.”

The vessel rescued the survivors and took them to the Sicilian port town of Porto Empedocle in Italy. The missing included three children and four women, one of whom left behind a newborn baby currently in Lampedusa.

The shipwreck was the latest along the Central Mediterranean migration route, where about 118 migrants have died this year.

Since 2014, more than 20,000 migrants and refugees have died at sea while trying to reach Europe from Africa. More than 17,000 of those have been on the Central Mediterranean which is described by the UN as the most dangerous migration route in the world. 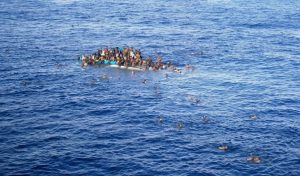 In the years since the 2011 uprising that removed and killed longtime leader Muammar Gaddafi, war-torn Libya has emerged as the dominant transit point for migrants.

Human smugglers based in Libya launch vessels, many of them flimsy rubber dinghies or rickety fishing boats, crowded with migrants who hope to reach European shores to seek asylum.

The journey after years of suffering and torture in the country of origin, during travel and in Libya starts with leaving in the middle of the night, often on overcrowded, unseaworthy boats without food and water.

Questionable life jackets for the treacherous conditions are only for those who can afford them.

In addition to the casualty figures are the ones forcibly returned to Libya, described as “hell” by those who survived the ordeal on their transit.

Since February 2017, at least 36,000 people have been intercepted by the Libyan coastguard and returned to the North African country, UN figures show. 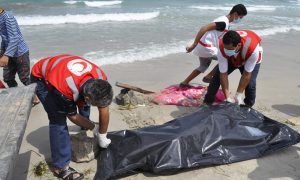 The European Union has reportedly spent more than 90 million euros ($109m) in funding and training the Libyan coastguard to stop the crossings.

EU nations such as Italy and Malta have often refused docking permission to humanitarian rescue boats.

“The duty to rescue people at sea must always be respected, regardless of their nationality and legal status, in line with international obligations,” the UN statement added.

“That migrants and refugees should continue to try desperately to reach Europe via the Central Mediterranean is demonstration of the need for an immediate international effort to provide them with viable alternatives to these deadly sea crossings.

“The solutions exist, what is needed is a step change to strengthen access to education and to increase available sources of livelihood in countries along the route.” (Int’l Monitoring Desk)