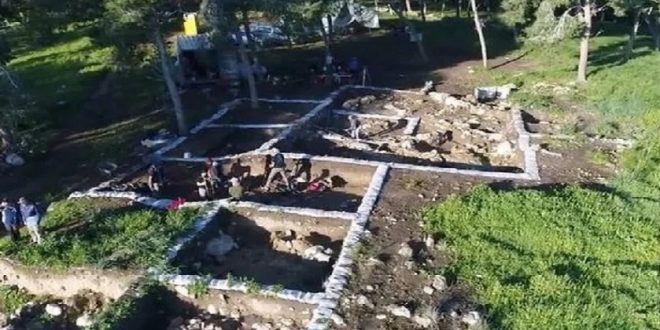 JERUSALEM: An ancient 3,500-year-old city linked to King David has been discovered in Israel in a groundbreaking discovery.

Archaeologists have claimed to have found the ancient Israeli city of Ziklag, an important Biblical site. Following that discovery, a statement from the Israel Antiquities Authority (IAA) and the Hebrew University of Jerusalem has aligned the discovery to the Biblical location of Ziklag. Using carbon dating results from 2015 experts have claimed that the settlement dates back to the 12th century BC. 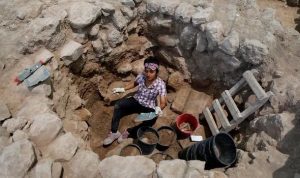 Ziklag was the settlement where King David sought refuge from Saul.

Reports have stated that David spent 14 months sheltering in the city with Philistine king Achish of Gat.

After the Philistines fought Saul, the king was killed in the Battle of Gilboa. 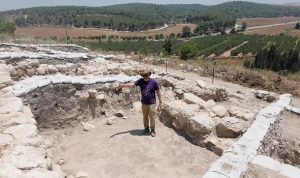 The excavation began in 2015 at the Khirbet al-Ra’i site and was led by Professor Yosef Garfinkel, head of the Institute of Archaeology at Hebrew University.

A host of settlements were suggested by archaeologists to find the city of Ziklag before they settled on the latest excavation. 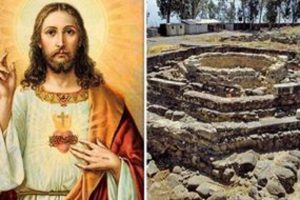 Speaking on the sites and the discovery, researchers said: “In all of these sites there was no settlement continuity, including both a Philistine settlement and a settlement from the time of David.

“In the site at Khirbet al-Ra’i, evidence of both settlements were found.”

Found at the site were a host of ceramic jugs and vessels that were used in the era of David. 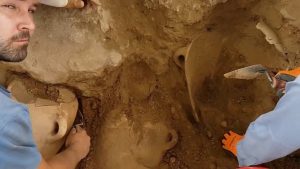 Moreover, archaeologists found over 100 items with a “red slipped and hand-burnished finished”.

Historians question the use of the Bible as a historical reference as most events mentioned in the text lack historical evidence. (UK’s Daily Express)