Three activists of the Hindu Yuva Vahini (HYV), an organisation
floated by Uttar Pradesh Chief Minister Yogi Adityanath, were arrested on charges of gangrape and thrashing a police officer in Bareilly.
The incident took place last night following a dispute between one Deepak and Avinash over playing of loud music in Ganeshnagar locality, Superintendent of Police (City), Rohit Singh Sajwan said today.
Avinash called his friends, who were HYV workers, and barged into Deepak’s house and allegedly misbehaved with the women.
Deepak, who later reached with his brother Gaurav, allegedly beat up Avinash and handed him over to the police.
When the news spread, HYV regional President Jitendra Sharma and city unit President Pankaj and a number of other HYV activists reached the police station to protest the arrest.
BJP city unit chief Umesh Katharia also reached the police station and in presence of police, HVY activists allegedly misbehaved with the BJP leader and allegedly beat up sub-inspector Mayank Arora.
The SP city said that two FIRs have been lodged in this connection. One FIR was lodged by Arora against Avinash, Jitendra and Pankaj for allegedly beating him and the other by a woman against the three and another person Anil Saxena for allegedly gangraping her.
Avinash, Jitendra and Pankaj have been arrested, police said, adding that a probe is on in the matter.
Post Views: 353
Share
Previous UP budget: Ayodhaya, Varanasi, Mathura back in focus ahead of
Next Amarnath Yatra terror attack: Uttar Pradesh issues high alert along India-Nepal borde 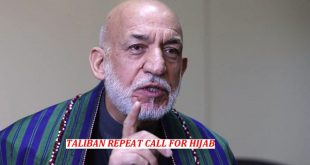