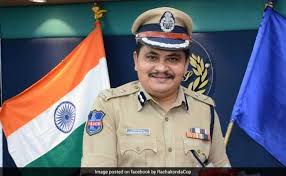 Rachakonda Police Commissioner Mahesh Bhagwat, IPS, said that on a tip-off that doctors were conducting sex determination tests against rules, the local police, accompanied by SHE Teams raided two Diagnostic centers situated at Ibrahimpatnam and Medipally and took Dr Nanda Kishore and two other doctors into custody.

Mahesh Bhagwat said after the sex determination tests, the trio was terminating pregnancies of those who did not want female babies and making hay. In some cases, those who do not want female babies and undergo abortion were dying in the process. He also said they will be submitting a complete report to the Indian Medical Association in this regard and initiate stern action against the erring doctors. (PMI)