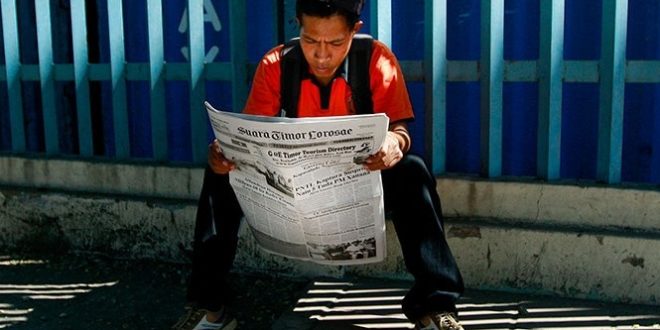 3 MAY, WORLD PRESS FREEDOM DAY Over 250 journalists across world suffer in jails 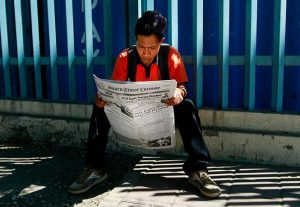 World Press Freedom Day was proclaimed by the UN General Assembly in December 1993, following the recommendation of UNESCO’s General Conference. Since then, 3 May, the anniversary of the Declaration of Windhoek is celebrated worldwide as World Press Freedom Day. It is an opportunity to: celebrate the fundamental principles of press freedom; assess the state of press freedom throughout the world; defend the media from attacks on their independence; and pay tribute to journalists who have lost their lives in the line of duty.

The 26th celebration of World Press Freedom Day is jointly organized by UNESCO, the African Union Commission and the Government of the Federal Democratic Republic of Ethiopia. The main event will take place in Addis Ababa, on 1 – 3 May at the African Union Headquarters. This year’s theme “Media for Democracy: Journalism and Elections in Time of Disinformation” discusses current challenges faced by media in elections, along with the media’s potential in supporting peace and reconciliation processes.

It’s been seven months since Jamal Khashoggi, a Saudi journalist and dissident, was brutally murdered inside the country’s consulate in Istanbul. His dismembered body has still not been found. The Saudi Royal Family remains the chief suspect.

Yet for globetrotting capitalists in search of opportunity in Riyadh, it’s back to business as usual.

BlackRock founder, Larry Fink, recently told The New York Times he wants to engage the Saudis rather than shun them for whatever internal troubles led to the killing of a respected member of the press and columnist for The Washington Post. Other companies, including Google Softbank, and HSBC, are also planning business ventures with the Saudis, The Times reported.

On World Press Freedom Day, as more than 250 journalists around the world languish in jails in places such as Turkey, China, and Egypt and hundreds of others risk their lives daily to bring truth to their readers, it’s important to stand up and call this what it is: naked and unabashed greed at the expense of justice.

Signing up for conferences, joint ventures and other deals is not engaging a foreign government to make a difference. These companies, so practiced at wringing the last dollar at the bargaining table, aren’t there to negotiate for the truth tellers. It’s all about the money, and the Saudis know it.

The world is a tough place, they say. But the message that sends to the Saudis is that they can buy their way out of anything, even killing journalists. Other countries, such as the UAE, Russia or the Philippines, pay heed.

In Myanmar, two Reuters journalists have sat in filthy jail cells for more than 16 months, and face seven-year sentences for their reporting on the massacre of Rohingya Muslims by the country’s government. In the Philippines, crusading journalist Maria Ressa faces jail and bankruptcy for her Rappler news group’s reporting on atrocities by the Duterte government. In Pakistan, Cyril Almeida faces treason charges for his reporting on civil-military tensions. In Mexico, four journalists have been killed already this year, according to the Committee to Protect Journalists.

The murder recalls an earlier era, a quarter century ago, when terrorists in Ireland, Spain, or even the Middle East kidnapped and shot victims gangland style. Occasional bombings were horrific but rare. These days, terrorists think nothing of video streaming beheadings and coordinating suicide bombings in packed churches on Easter Sunday. Or bringing down jetliners.

Against this ever-increasing spiral of violence, any appeasement or apathy by those who can and should help is a green light to terror and tyranny. Strongmen leaders emboldened by President Trump’s lack of action grow more brazen by the day.

On the front lines of this battle are the brave journalists who strive to report the truth about the violence and corruption in this world. Some pay with their lives. Others sit unjustly in jail. They need our help, not be told the world is tough.

The world’s media is right to highlight these statistics. The world has become less and less of a place for press freedom in the last decade as terror and authoritarianism have grown. Some groups, like CPJ or Reporters Without Borders, or the organization I belong to, the World’s Editors Forum, try to make a difference. But it is an uphill slog.

Still, we’ve had some victories. A campaign in Montenegro to protest government attacks on journalists drew the attention of the U.S. ambassador and for a while helped stifle the violence earlier this year. Safety training in places like Indonesia and Uganda helps journalists learn how to cover natural disasters and large public protests with the latest techniques to avoid violence or accidents.

The rise of interest in the media from a new crop of tech billionaires such as Jeff Bezos and Marc Benioff has funneled money into media at a time when declining business models are hurting great journalism even more than coordinated violence.

But the ability of corporate CEOs and government leaders to fragment the media community by attacking it publicly remains our biggest challenge. Without the confidence and support of the public, we are too small an army. And the losers are ultimately the readers seeking truth and freedom.

Working together, across news organizations and borders, is the only way forward, raising funds for support and training, highlighting injustices when possible and educating the public about how and why journalists do what they do. These are our goals this World Press Freedom Day.

The next twelve months will no doubt see more horror shows and tales of abuse and harassment of brave journalists. The world is indeed a tough place. If we can work together to stand up for one another, and garner the support of the leaders who have the power to wield influence, even small gains will be worth the risk.