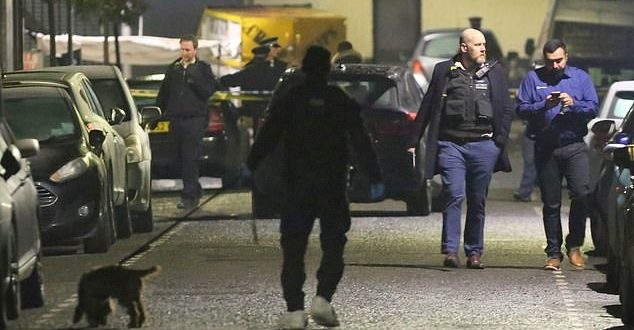 LONDON/ MELBOURNE: Three men have been killed in a triple stabbing in east London tonight – one of bloodbath Britain’s worst mass knifings.

Police said the three victims, thought to be in their 20s or 30s, were pronounced dead at the scene in Seven Kings, Ilford. 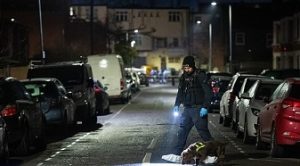 A huge manhunt has been launched to find those responsible.

Horrifying footage shared on social media showed one of the victims lying in a pool of blood at the foot of a staircase near Seven Kings station.

The gruesome clip shows a person on the street, not moving, with blood on the pavement and in the road.

The man, who does not appear to be moving in the footage, was found just around the corner from Elmstead Road.

In a follow up tweet Mr Camacho said: ‘Trust me they are gone. The 2men eyes fully open not moving and bleeding from his neck, bloody everywhere.’ 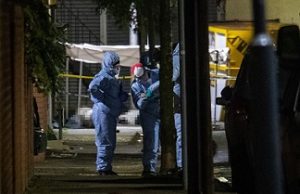 He also implored his followers to be careful if they were in the area this evening.

Chief Superintendent Steve Clayman said: ‘While enquiries into this tragic incident are at an early stage, this is likely to be a triple homicide investigation.

‘I must retain an open mind as to any motive as we are in the early stages of establishing the full circumstances.’

The London Ambulance Service said they had a report of a stabbing outside of Seven Kings station. 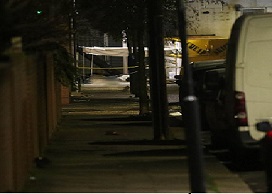 ‘Sadly, despite the efforts of medics, three males were pronounced dead at the scene.’

No arrests have been made.

London Mayor Sadiq Khan tweeted extra police enforcement powers have been authorized for the Redbridge borough until Monday at 8am.

Conservative London Mayoral candidate Shaun Bailey said: ‘This is an horrific act of violence and will have terrified a community.

‘My thoughts are with the victims’ families, their pain will be indescribable.

‘There is no question; the Mayor has lost control of our streets. Londoners are living in fear. People don’t feel safe walking home from work; parents don’t want to send their kids to school.

‘We can’t be the greatest city on earth if we aren’t safe. We need a tough new approach and new leadership, urgently.’ 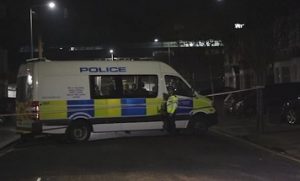 ‘Knife crime is becoming all too common; we need a national strategy and more police resource now.’

Formal identification of the deceased has yet to take place and officers are working on informing the next of kin.

Post-mortem examinations have also yet to be arranged.

Last year 90 people were stabbed to death in London, one of the bloodiest years in the capital’s recent history.