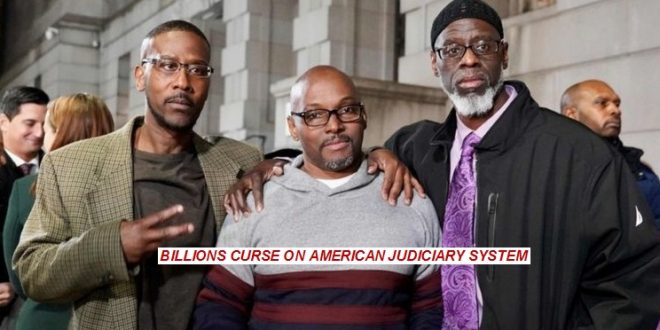 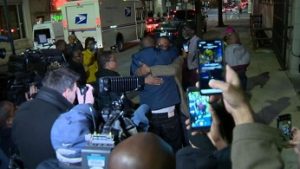 MARYLAND/ BALTIMORE: Billions of people across the world have cursed over this type of American judiciary and justice system where innocent people first declared accused and later on convicted by judiciary just because the accused are black person while the real terrorists and criminals are not only ‘quite white’ and ‘non-Muslim’ but the same US as well as world judiciary have declared them most wanted and absconders and all these happenings which are proved in present have already been highlighted and flashed by PMI/Messenger in past along with solid and concrete evidences hence, the same media outlets have further reported the repercussions of this discrimination, injustices and inhuman acts, sources revealed after the news of innocent black-men’s freeness after 36 years on Tuesday.

According to BBC, three men falsely convicted of murder in the US state of Maryland have been set free after 36 years in prison. 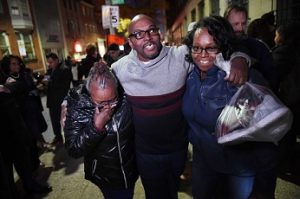 Alfred Chestnut, Andrew Stewart and Ransom Watkins had been sentenced to life in 1984 for killing a 14-year-old boy a year earlier.

They were freed in Baltimore on Monday after a judge cleared their convictions following a review of their case.

The case was reopened this year after Chestnut sent a letter to Baltimore’s Conviction Integrity Unit.

He included evidence he had uncovered last year.

Chestnut, Stewart and Watkins were arrested as teenagers in November 1983 following the death of DeWitt Duckett, who was shot in the neck on his way to class at a Baltimore junior high school and had his Georgetown University jacket stolen.

DeWitt’s death received widespread press coverage. It was the first fatal shooting of a student in a Baltimore public school. 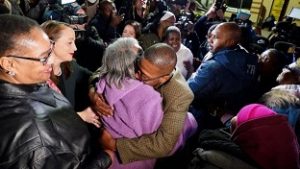 “These three men were convicted, as children, because of police and prosecutorial misconduct,” Baltimore state attorney Marilyn Mosby said after the men were released.

In a statement, her office said “detectives targeted the three men, all 16-year-old black boys, using coaching and coercion of other teenage witnesses to make their case”.

Prosecutors said during the initial investigation police ignored and withheld reports from multiple witnesses identifying another person as the killer, and that trial witnesses failed to identify the three teenagers in photo line-ups.

“I don’t think that today is a victory, it’s a tragedy. And we need to own up to our responsibility for it,” she said.

Case documents had been sealed by a judge, but Chestnut obtained them last year with a public records request. 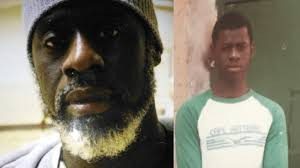 At a press conference, Watkins said “this should never have happened”.

“This fight is not over,” he said. “You all will hear from us again.”

Ms Mosby also announced the launch of a new program – Resurrection After Exoneration – to provide services to help exonerated people reintegrate into society, including support for education and mental and physical health.

She said the state of Maryland did not have legislation that guided compensation for those falsely convicted of a crime, and that she would work to change that.

Currently, the Board of Public Works has the authority to direct compensation.

In October, the board awarded about $9m (£7m) in payments to five men who were wrongfully imprisoned for decades. Walter Lomax – who served 38 years for murder – received about $3m, the largest payout ever made by the state for a wrongful conviction.