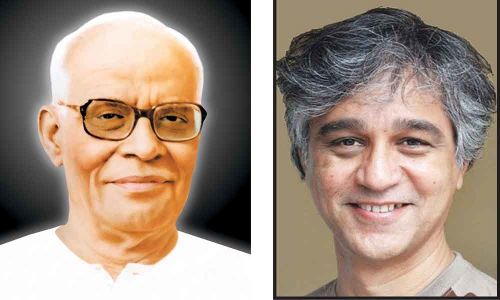 Hyderabad, April 26 (PMI): The 28thYudhvir Foundation Memorial Award recipient is Lamakaan – Hyderabad’s unique centre for creativity that celebrates freedom of expression in all forms. It has evolved as an iconic democratic and progressive cultural venue in the city.

Brainchild of Ashhar Farhan, Biju Mathew, Humera Ahmed and Elahe Hiptoola, Lamakaan opened its doors on  March 13, 2010. Its programming is consciously centered around conversations that matter to the people. From hosting performances that raise questions on gender, politics, tribal rights and LGBTQ concerns, to events that would otherwise not have found a platform elsewhere. It has 12 qualified curators who scrutinize every request from the angle of quality and suitability. Lamakaan also has a clear policy on sponsorship, and does not accept liquor, tobacco, corporate or government sponsorship. Most of the events are either free or have a low entry charge.

In just a few years, Lamakaan transformed an old family home into a throbbing hub of culture. It has been the birthplace for popular clubs including their own initiatives — Start-up Saturday, Sunday Organic Bazaar, Pecha Kucha, Handloom Exhibition, Night School and LARC (Lamakaan Amateur Radio Club).To date, it has hosted more than 777 plays, 809 talks, 750 workshops, 481 music and dance performances, 309 art shows and 383 movie screenings among other events.

The Trustees of Yudhvir Foundation laud Lamakaan’s spirit and passion and are pleased to present its founders the 28th Yudhvir Memorial Award, said a press note. (PMI)