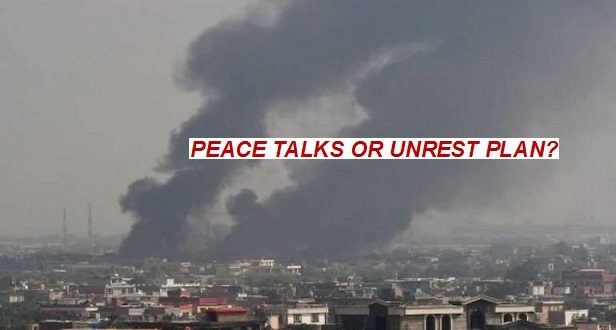 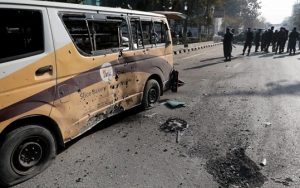 KABUL/ ISLAMABAD: A rocket barrage slammed into the heavily fortified Green Zone where many embassies and international firms are based in the Afghan capital, Kabul, killing and injuring dozens civilians on Saturday.

Tariq Arian, spokesman for the interior ministry, said “terrorists” mounted the rockets on a small truck and set them off, adding an investigation was under way to find out how the vehicle came inside the city undetected.

“Based on initial information eight people were martyred and 31 others were wounded,” Arian said, noting the final toll would change. 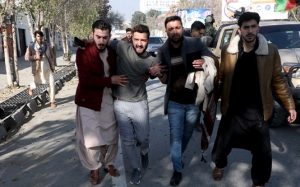 Some residents filmed the projectiles being launched and posted them on social media. Several images circulating on Facebook showed damaged cars and a hole in the side of a building.

Taliban fighters, battling against a foreign-backed Kabul administration, denied involvement in the attack saying they “do not blindly fire on public places”.

“The rocket attack in Kabul city has nothing to do with the mujahideen of the Islamic Emirate,” Taliban spokesman Zabihullah Mujahid said, using the insurgents’ name for Afghanistan. 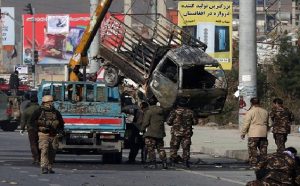 The barrage sent warning sirens blaring from embassy compounds and came two days before a major donor conference for Afghanistan in Geneva, Switzerland.

The interior ministry also said two small “sticky bomb” explosions had been reported earlier Saturday, including one that hit a police car, killing one policeman and wounding three others.

Since peace talks between the Afghan government and the Taliban stalled, attacks by it and other armed groups have been on the rise, especially in the capital that is home to more than five million Afghans. 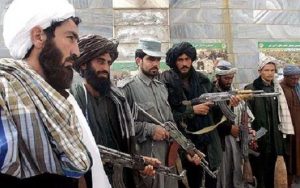 Officials told the AFP news agency on Friday a breakthrough in negotiations was expected to be announced in the coming days. The US State Department announced late on Friday that Secretary of State Mike Pompeo would meet negotiators from the Taliban and the Afghan government in Qatar on Saturday.

US President Donald Trump has repeatedly promised to end “forever wars” including in Afghanistan – the United States’ longest-ever conflict that began with an invasion to dislodge the Taliban following the September 11, 2001 attacks.

Earlier this week, the Pentagon said it would soon pull some 2,000 troops out of Afghanistan, speeding up the 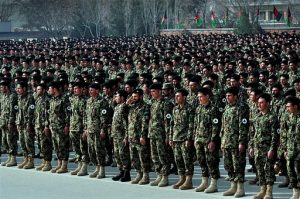 timeline established in a February agreement between Washington and the Taliban that envisions a full US withdrawal in mid-2021.

In the past six months, the Taliban carried out 53 suicide attacks and 1,250 bombings that killed 1,210 civilians and wounded 2,500 others, Arian said this week. 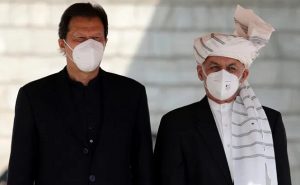 Islami/ JI, Lashkar-e-Jhangvi/ LeJ, Jaish-e-Muhammad/ JeM, Lashkar-e-Tayyaba/ LeT etc and all these terrorists groups, networks, associations, parties and organizations are ultimately the creations and kinds of Taliban those was introduced, established and launched during the Afghan Jehad by the then President of Pakistan and Chief Marshal Law Administrator, General Muhammad Zia-ul-Haq) but the Afghan government said the Taliban’s ultra-violent Haqqani network was responsible.

US president-elect Joe Biden, in a rare point of agreement with Trump, also advocates winding down the Afghanistan war although analysts believe he will not be as wedded to a quick timetable.