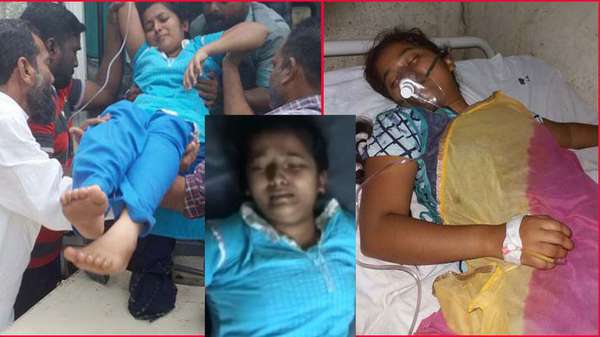 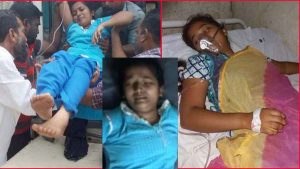 Mancherial: In yet another case of police brutality, two girls were reportedly tortured at the local police station as part of interrogation over the death of their mother who was found dead last week under mysterious circumstances.
The girls – Ruksana(17) and Rizwana(18) – were taken to police station on Saturday afternoon for questioning over their mother’s death. Their mother Parwin Bee was found dead in a well at Dharmaraopet village in Kasipet mandal under Devapur police limits. As a piece of cloth was tied around her neck, it was registered as a mysterious death instead of suicide.
As part of the investigation, the police took the two daughters of the deceased into custody on Saturday, nearly two weeks after the incident. They were first taken to Devapur police station and were later shifted to Mandamarri police station where CI asked them if they killed their mother.
Shocked to hear such questions from the police, the girls pleaded innocent. “Why will we kill our own mother and why will we keep it a secret if we know who killed her?” Rizwana said when the media approached her on Sunday at a clinic where the sisters were undergoing treatment for the bruises caused by police.
The girls were made to wait till evening and then they were taken inside for thrid-degree interrogation. “Three to four lady constables beat us mercilessly for nearly three hours with lathis. They put a ‘rokali’ with our legs bent and crushed them as we cried in severe pain,” the sisters said.
The girls, pursuing their degree courses at a local college, lost their father three months back. Ankoos died of electric short circuit and the family got Rs4 lakh insurance amount after the death. Parwin Bee’s brother Usman Pasha is suspected to have killed his sister with an eye on the money.
And it is suspected that the police had tortured the girls at the behest of the Usman to drive them to commit suicide. However, Mandamarri DCP John Wesly said the girls were not tortured. He said the police had only questioned them in the case as the death of their mother was a murder and they had clues as to who killed their mother. He said the real culprits in the case will be arrested soon.
2017-10-09
admin
Previous TRS MLC Abuses, Hurls Slipper At Woman For Asking To Vacate House
Next CM to lay stone for Sircilla Collectorate complex on Oct 11: Tummala