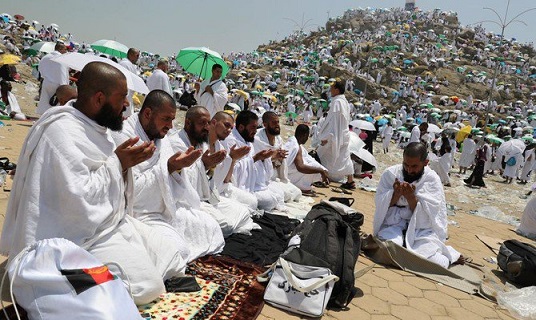 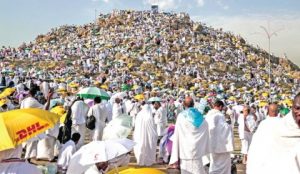 RIYADH/ MEDINA: Worshippers will spend the day in prayer at the site where Prophet Muhammad is said to have given his final sermon.

More than two million Muslims have gathered at the sacred hill of Mount Arafat in Saudi Arabia for an intense day of worship and reflection on what’s considered the climax of the Islamic Hajj pilgrimage.

They walked to the hill on Saturday, where the Prophet Muhammad delivered his final sermon some 1,400 years ago, calling for equality and unity among Muslims.

One of the largest religious gatherings on earth, the second day of the Hajj is often the most memorable for pilgrims.

They stand shoulder to shoulder with Muslims from around the world seeking God’s mercy and blessings after spending the previous night in prayer and meditation in the tent city of Mina. 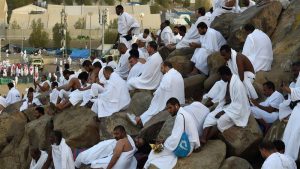 Pilgrims dress in white garments, which are meant to signify unity regardless of social status or nationality. They will spend the entire day on the mount in prayer before returning at sunset to Mina to perform the “stoning of the devil” ritual.

The ritual is a recreation of the Prophet Abraham’s stoning of the devil after he tried to persuade Abraham to disobey God’s order to sacrifice his son, Ismael.

After the ritual, pilgrims will sacrifice animals to mark the beginning of the four-day Eid al-Adha holiday.

Abbas Barzegar, a professor of religion at George Mason University, told Al Jazeera that Hajj is a time of “global Muslim unity” where pilgrims focus on the suffering caused by political turmoil. 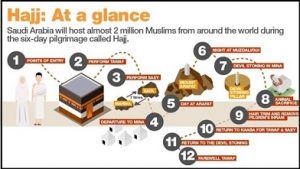 “People right now are deeply concerned about what’s happening in Yemen on a daily basis. The world has almost forgotten about the terrible toll on the Syrian refugees, as well as what’s happening to the Kashmiris now,” Barzegar said.

“So people bring this framework into their mindset as they perform this pilgrimage.”

Hajj is one of the five pillars of Islam. (Int’l Monitoring Desk)