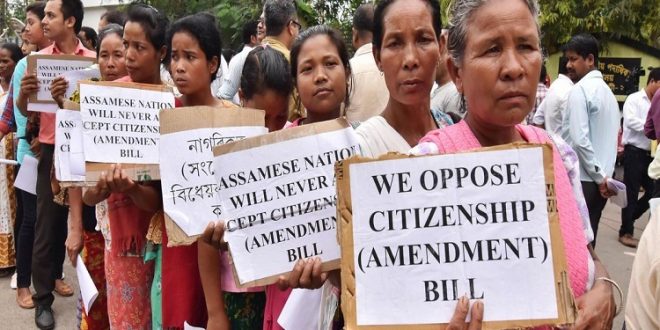 11 political parties of North East have decided  to oppose the Citizenship Amendment bill. Talking to news persons in Guwahati , Chief Ministers of Meghalaya Conrad K Sangma  and Mizoram Zoramthanga said that 11 parties resolved to jointly oppose the bill.  Both the leaders said that a delegation would meet President and Prime Minister of India to convey their concerns. AIR Correspondent reports that 11 parties have met today in Guwahati to oppose the Citizenship Amendment bill.

The parties at the meeting today include Asom Gana Parishad, National Peoples Party, Mizo National Front and  others. Mr. Sangma said that today’s meeting was not politically motivated but a natural process to stand against the bill. Mr. Sangma has also sought support from all the like minded parties and people against the Citizenship Amendment bill. Out of 11 parties ,  six  are part of the North East Democratic Front , NEDA , a part of NDA.